Earlier this year, Applied Geographics (AppGeo) and Spatial Focus embarked on a 3 month pilot phase of an address reference system project on St. Croix, St. John, and St. Thomas – the three main islands of the U.S. Virgin Island Territory – for the Office of Lieutenant Governor Gregory R. Francis. 1500 of roughly 120,000 addresses covering the three islands were assigned during the pilot phase. The field crew was faced with having to develop easy procedures that would support a small local team who had limited experience with GIS technology and even more limited access to communication technology. This part of the story took place during the latter part of the pilot project (late May-June 2013), in the second and third pilot study areas in Cruz Bay, St. John and Charlotte Amalie, St. Thomas. The Fulcrum app was incorporated into the field data collection process making it possible to develop, deploy, implement and maintain mobile applications quickly and easily.

On St. Thomas: Interview about the USVI Street Addressing Initiative with Lt. Governor Francis (on phone) and Charles Alexander (red shirt) from our field crew.

“You have cell, electricity, and internet, but you only get two at a time … if you are lucky.”

That’s what Randal Hale, project field crew manager, told me back in May when I was presented with a problem; point locations needed to be collected with photos in a U.S. Territory that had unreliable access to communication technology, something that many of us on the mainland take for granted. This was one of the challenges that the on-location field crew was up against. The field crew (Randy, Zach Lancaster, and Charles Alexander) I was supporting remotely had little time to wait for a solution.

If you don’t think that Twitter or other social media websites have an impact on your business, I am here to tell you it really does. I had been following Tony Quartararo on Twitter for a while and was watching his announcements on the progress being made with Fulcrum. Based on what I had seen of it, it seemed like a possible solution. A quick direct message, phone call, and email were all it took to get an account. That’s customer service! Approximately 5 hours after the initial discussion, the field crew on St. John had the app I created downloaded on their devices and were out collecting data the very same day. With the benefit of being able to view their progress in real time on the Fulcrum website and the feedback I was receiving, I could update and deploy new versions of the app as needed to keep downtime to a minimum. Later, the data collected in Fulcrum was exported from the website and was joined to the main addressing database. The field crew returned back to the mainland for a short time and the new procedures were evaluated by the addressing team. Everyone was pleased with the results and plans were in place to finish the last pilot area using the new procedures that included the Fulcrum app. The most exciting news, obviously, was that I would be joining the field crew in Charlotte Amalie, St. Thomas!

The third and final pilot area of the Street Addressing Initiative was located in Charlotte Amalie, St. Thomas in June. I created several custom layers using TileMill for use in the Fulcrum app which included aerial photography with streets, a parcel layer, and a custom grid covering the study area. This would later prove to be more important than expected.

The terrain on the island was remarkably steep and there were unique (also steep) stair streets that were found throughout the study area. Add to this that it was mid-summer and you have the recipe for some exhausting field work. When I arrived, there was a thick haze in the air, which I was later told was from the Sahara Sandstorm that crossed the Atlantic Ocean. The field crew was given 3 weeks to address 500 structures, residential, commercial, and government. The local participants were told to bring their mobile devices, including Android and iOS smartphones and tablets. Only two of our local participants had previous experience using data collection devices/apps.

On St. Thomas: Zach at the top of a steep stair street looking into part of Charlotte Amalie

The tasks of the field crew included:

On St. Thomas: Charles, Vandel, and Stevie Henry preparing for door hanger delivery in Office of the Lt. Governor.

It was determined that we would not have consistent GPS reception because of the combination of scattering in a dense urban setting and the Sahara Sandstorm. We also didn’t have reliable cell/data coverage for similar reasons. Another HUGE benefit we discovered while using the Fulcrum app was the ability to use the app offline and to manually move/add points over structures seen in the aerial photography that was added as a layer stored on the mobile devices. This really made the data collection go much more smoothly. Syncing of the data occurred when the field crew returned to our field office throughout the day. In the end, we were able to collect the data we needed and flag the addresses based on if door hangers were delivered as a way of tracking our progress through the study area.

Data view in the web app; pins and dots are colored based on door hanger deliver status; yellow is for delivered and gray is for not delivered.

We feel that the project was more successful because of the use of Fulcrum in our procedures and hope that we are able to continue this initiative for the remainder of the Territory in the very near future. Many thanks to the Fulcrum team for getting us going and keeping us going. 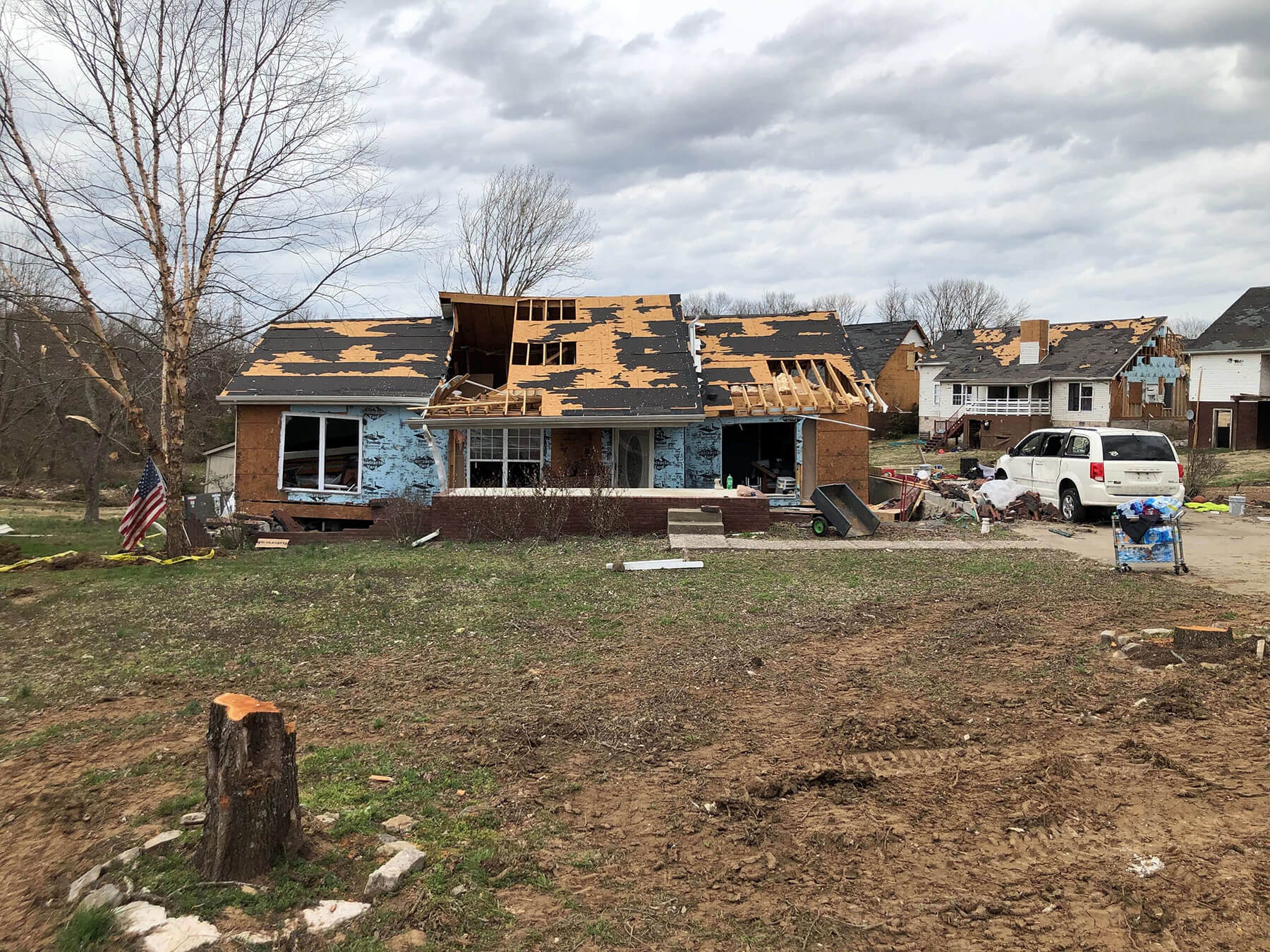