We are back in the office following a great week in California for our second experience at Camp Roberts for Joint Interagency Field Exploration (JIFX).

The objective of JIFX is to bring together people from industry, government, and academic institutions to field test hardware, software, and ideas to explore the potential of new capabilities in addressing various challenges. The environment is explicitly experimental, and promotes great collaboration between participants.

I spent the week working closely with FEMA operations on the Disaster Recovery Center (DRC) survivor registration process, experimenting with ways to make the survivor assistance process more efficient and field-friendly, while also remaining the most helpful for stressed survivors in need. Zac and Coleman participated in various additional experiments involving Fulcrum.

The Fulcrum team + FEMA Staff, FEMA Corps Green One, and the team from Mandus Group who provided us with an air conditioned workspace

FEMA’s overall goal for this experiment was to discover the most efficient ways for FEMA staff to interact with survivors following a disaster. For our JIFX experiment, we wanted to see how well Fulcrum worked in a post-disaster situation. We built two versions of three different forms in Fulcrum. The forms were aimed at identifying the needs of survivors during door-to-door interviews or from interviews taking place in a DRC. FEMA’s experiment explored the potential for a “triage” process occurring in a DRC. The objective was to talk with each survivor to efficiently provide them with the information they need, including how to access needed services and what to bring with them.

We spent the first day at JIFX preparing for the experiment. This involved training FEMA Corps Green One on how to use Fulcrum and designing the various forms: a questionnaire, a checklist, and a minimal form.

Tony showing the FEMA Corps team how to use Fulcrum

The questionnaire form was heavy on the use of visibility rules in order to help guide the FEMA employee through a series of relevant questions for the survivor. The checklist also made use of visibility rules, and both forms had extensive business logic in place to output “results” for each survivor. Since Fulcrum doesn’t really have a way to “calculate results”, we did this by pairing the conditional logic with label fields to display directions for each survivor. After testing this out, we came to the conclusion that a report would allow the survivor to receive a printed document (from a printer in a DRC) with a custom set of survivor-specific information, or receive this information in an email.

Example of the logic rules used to display a result

While Coleman and I were making the questionnaire and checklist, Julia Moline (who was in charge of this experiment), quickly made a ‘minimal form’. This form basically consisted of a list of services provided by FEMA and the correlating instructional information.

On Tuesday, the experiment actually began, with a group of volunteers roleplaying as disaster survivors. There were three rounds of interviews, the first using the questionnaire form, the second using the checklist, and the third using the minimal form. The 6 FEMA Corps team members spoke to every volunteer using the three different forms, so this took up almost the entire day. At the end of the day, we got some feedback on how well each of the three forms worked for the situation.

We spent the morning of the third day discussing how the forms needed to be changed, revised the three forms, and then had a quick round of interviews to test the modified forms. Fulcrum worked well for this process, as we could duplicate each of the original forms and then modify the copies. This saved a lot of time, and we were able to finish up second versions of all three forms within half an hour. Throughout the afternoon, various JIFX attendees came in and out of the mock DRC, and FEMA Corps members were given free range to use any of the three forms during these interviews.

We spent the final day gathering feedback from the FEMA Corps team members who conducted the interviews. Their feedback will help FEMA determine how to better identify survivor needs and was also valuable for us to hear as we are constantly working to improve Fulcrum. Since FEMA Corps are on the front lines in disaster situations as FEMA representatives, it’s great to get feedback directly from them. We will be brainstorming ways for taking that and improving the process and toolset.

Overall, the FEMA Corps team felt that determining which form was most efficient depended a lot on the personality and situation of the survivors. For survivors who were more emotional or didn’t want to offer up much information, it was better to use the questionnaire. Both the checklist and minimal forms worked better for survivors who were more calm, and wanting to share their story in detail. The FEMA Corps team felt that it was great to have a simple form so that they could pay attention to the survivor, and tap the items mentioned as the survivors told their stories. Additionally, the team felt that the questionnaire was preferable for keeping them on track, and was the best for ensuring that no details were overlooked. It was also great to hear that the FEMA Corps team felt Fulcrum’s simple and intuitive interface was ideal and that they didn’t spend the interviews worried about using it or fearing that the app would crash on them.

We had a great time working with FEMA during this experiment, and were glad that Fulcrum could take part in helping improve the disaster assistance process for helping those in need.

Managing health and safety in a post-COVID world [webinar] 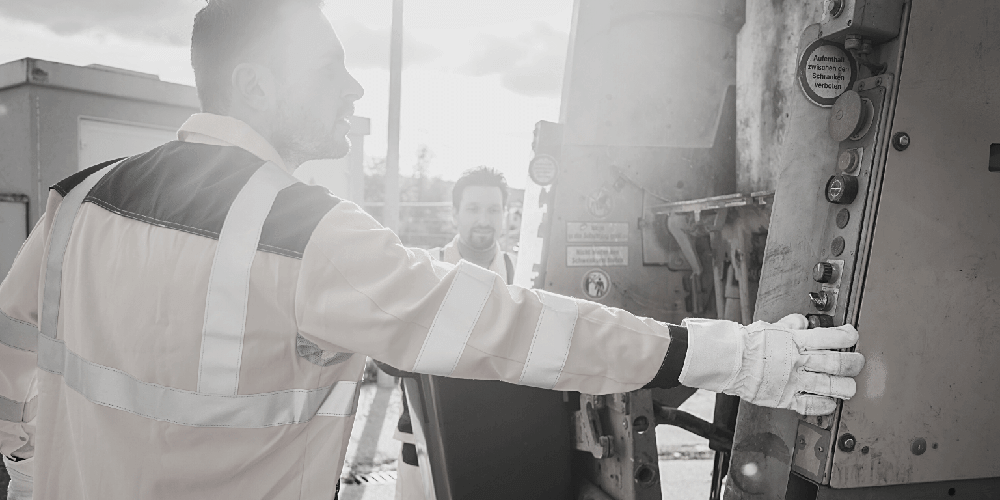 Is 2021 the year of the mobile workforce?