The Santa Barbara County Fire Department is responsible for protecting more than 420,000 residents and 2,700 square miles of land on the Central California coast. In addition to fighting fires and responding to other emergencies, the department conducts defensible space inspections on more than 16,000 buildings each year.

In California, where millions of acres are consumed by wildfire each year, county fire departments are required to conduct defensible-space inspections to protect the property and residents of their region.

“Defensible space” is an area around a structure designed and maintained to reduce its fire risk. During a defensible-space inspection, firefighters conduct a structural survey on the building to identify its material makeup and ensure it has a 100-foot buffer, free from dead trees and overgrowth.

The Santa Barbara County Fire Department (SBCFD), comprising 16 stations, is tasked with performing these inspections on more than 16,000 buildings in their area each year.

Until recently, the department used paper inspection forms, an inefficient process that made surveying every structure in the county a challenge.

This system gave SBCFD no visibility into how many inspections each of its 16 stations were responsible for. One station might complete two dozen inspections, while another had a backlog of thousands — more than they could possibly complete in the time allotted.

And it was difficult (if not impossible) to know how many inspections had been completed, or if any buildings in high fire-danger areas were not in compliance, putting residents at higher risk.

They needed to find a better way to wrangle all that data.

SBCFD decided to try a mobile data collection solution to keep better track of their inspections and to provide them with real-time data to explain the things they were seeing during wildfires.

“We tested out other data-collection applications, but it seemed that the customizability of Fulcrum was a little more suited to what we wanted,” said Matt Marsh, GIS Analyst at SBCFD’s Fire Prevention Division. “If something was wrong, I could make a change in two minutes and push it and it would be live within 20 minutes, rather than going through a whole process to get it changed.”

SBCFD rolled out Fulcrum to a few inspectors to test. “They’d call with feedback,” Matt said. “They’d say, ‘Hey, it would be easier if we had this dropdown or if this auto-populated.’ It was a good feedback loop. Then once we were in a good place, we could roll it out to the entire department.

“The nice part is you don’t always have to remember everything, but intuitively I’d click here and go there and then it works, which I think Fulcrum does pretty well — it’s pretty intuitive.”

Fulcrum for defensible space inspections has enabled SBCFD to better allocate its resources. Now they can just look at a map and see which areas have been covered and where more inspectors are needed.

“Before we knew the addresses, but we didn’t necessarily know that station X had 20 inspections and station Y had 4,000 inspections, and they had no hope of finishing them all,” said Matt. “It just opened our eyes to where things are located and how we could better position our resources.”

Implementing Fulcrum has also allowed for decentralized data collection throughout SBCFD’s stations, which are spread throughout the county. “We have a pretty small GIS shop,” said Matt. “Fulcrum makes it really easy for the stations to collect the data and for us to receive and use the data in GIS.”

What’s more, the inspections are now getting done much faster. Before adopting Fulcrum, the department could only get to less than half of the county’s properties each year. But in 2019, the rate of completion was up to 90%.

“We populated the stuff that would be redundant for the inspectors to fill out,” Matt said, “like the state, county — stuff that they don’t need to fill out every time.” And the simple survey questions, like whether or not the resident was home or how long the inspection took to complete, are all drop-down or yes/no buttons, which makes filling out the forms quick and easy.”

“It really made it so maybe you were able to do three inspections a day and now you can do 20 inspections a day,” said Matt. “A lot of that just comes from the simplification of the inspection form and the default auto-population. I think it really saved a lot of time for the inspectors out in the field.”

Fulcrum will continue to pay dividends well into the future. Once an inspection is performed, that record will already exist for subsequent inspections, and won’t need to be changed unless the property owner has installed a new roof or structure.

“Once we do it one time,” Matt said, “it makes the successive inspections much simpler for everyone involved.” 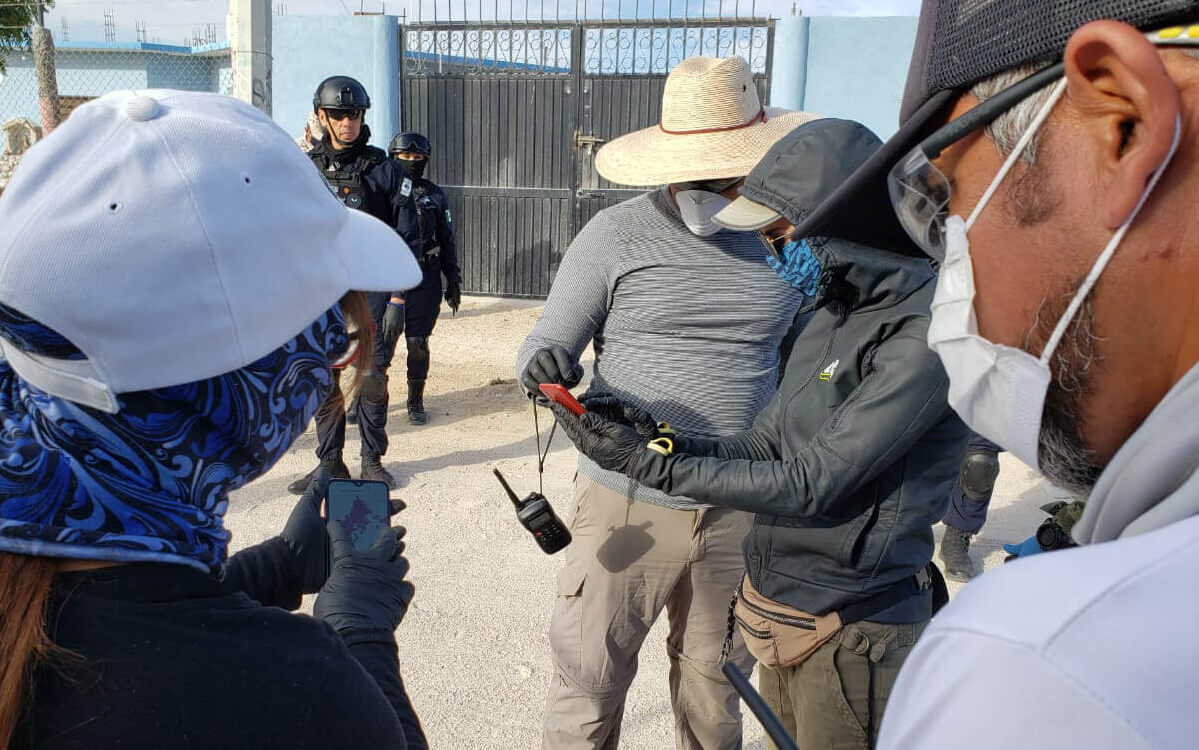