By switching from pen-and-paper-based processes to a field inspection management platform, the organization was able to save on insurance premiums, secure more bid opportunities, and, most importantly, protect its workers.

As Vice President of Safety at FM Sylvan, Jim Metz’s mission is to keep his employees safe. But fighting human error and distraction can feel like an uphill battle. “These guys have a tough job as it is,” he said. “And then throw COVID in there. Over the last year, there have been many distractions.”

Industrial contracting is difficult and often dangerous work that often includes excavation or working in confined spaces. The job requires rigorous safety measures that vary from project to project and must be outlined in detail every day — not only to ensure compliance with OSHA and other federal, state, and local regulators but to meet the exacting standards of FM Sylvan’s big-name clients.

“We have guys all over the four regions we’re in and are continuously expanding into other regions,” Jim said. “We have to make sure we’re compliant in not only the districts we’re in but the regions we’re new to.”

Sylvan’s old system was a bit “archaic,” said Jim, requiring workers to fill out forms with pen and paper (sometimes in windy, 20-degree weather) and carry it from place to place until they could be scanned or emailed (as long as the internet was working, that is).

“Just managing the info, keeping track of it and storing it... and when the job ends, you hope the log doesn’t get thrown in a dumpster somewhere,” said Jim. “It’s an enormous task.”

Worse, the lack of visibility created by these paper forms was problematic, as some crews would go days without submitting any observation reports. Without that data, Jim and his team of regional leaders could not be certain of their safety posture from day to day.

To reduce their incident rate while expanding their service area, Sylvan needed to modernize its approach to safety.

They needed a solution that would simplify safety, said Jim. One that would store all of their data in one place and spit it out in the format they needed, when they needed it. They found it in Fulcrum, the no-code mobile data collection and workflow automation platform.

Sylvan was able to create individual mobile apps from their daily safety procedures, checklists, SOWs, and other safety-related forms so that every employee has them right on their smartphone or tablet.

“It speeds things up,” Jim said, and gives him visibility into every project, across every region. “It was almost instantaneous,” he continued. “It allows accountability for people running the job to see what their guys are doing to make sure they’re adhering to safety policies.”

For example, one of Jim’s regional leaders is working out of Nashville, TN, but has a job in Huntsville, AL. “They can zero in on that location and see how many daily task analyses or observation cards have been completed for that job. It’s all there.”

The biggest challenge of implementing Fulcrum was getting their veterans accustomed to using the apps. “Some of these guys have been doing the same thing for 28 years and they aren’t that great on a cell phone,” Jim said. “Some of them still have flip phones. So we limited how much typing they had to do. Everything is drop-down boxes that you just hit with your forefinger.”

While there was an expected adjustment period, Jim assured his teams that adopting this new technology was for everyone’s benefit. “I said, ‘Listen, if you doubt this, call me and we’ll do it over the phone together and then you can tell me if it was hard.’ I took a lot of calls, and it was worth it. We had tweaking sessions where we just changed things around and pretty much anything they wanted, we did to make sure they followed through with it.”

Learning how to use Fulcrum is now part of the onboarding process for all new workers at Sylvan.

“We train everyone in the company on the app, so everyone in HR, all the project managers, VPs, region heads, comptrollers — they all have access to it,” said Jim. “A lot of them don’t use it that much but if someone asks for a record, it takes a couple of minutes rather than a couple of hours to locate a file.”

Fulcrum enables Jim and his team to take a proactive, data-driven approach to safety, which is helping them reduce incidents — and their EMR.

In fact, Jim had just finished negotiating Sylvan’s insurance renewal shortly before our call. “They pepper you with questions and if they aren’t happy with the answers you’re giving, your rates are going up,” he said. “But we demonstrated that we are continually developing our safety program. We said, ‘Here are our reports, and here is our platform.’ I gave a few of them access to Fulcrum and said, ‘Go look at it,’ and they loved it.”

With improved accuracy and reporting, the platform enables Sylvan’s leadership to show not only insurers that they take safety seriously, but current and future clients as well.

“We met with [a client] recently and they were like, ‘Wow, we had no idea you could do that. Your safety program is really impressive.’ And that opened up another door to more access to bids,” Jim said.

And while some of their clients prefer constant communication during a project, others only ask for data when an incident occurs. In either case, Fulcrum makes it easy to find and share the data they require.

“It’s the same with OSHA,” Jim continued. “When something happens, they want to see everything you have. So having the ability to go into the daily task analysis goes a long way. They look at how serious you are about safety, what programs you have in place -- that’s a big part of determining the outcome of a routine inspection or incident.”

When a regional safety leader is making rounds or inspecting a job along with a third party, Jim said, it’s easy to just open the app and show them where they are in terms of observations or inspections completed. “It’s right there.”

Lastly, Sylvan is saving time with Fulcrum. “There’s a four-page app for when third parties do a site assessment, with probably 50 or 60 questions,” Jim said. Fulcrum auto-populates the fields with the user’s name and location, and most of the fields are simple drop-downs. “That used to take me about 20 minutes to do with a paper version. Walking around with Fulcrum, I can do it in less than half that time.” 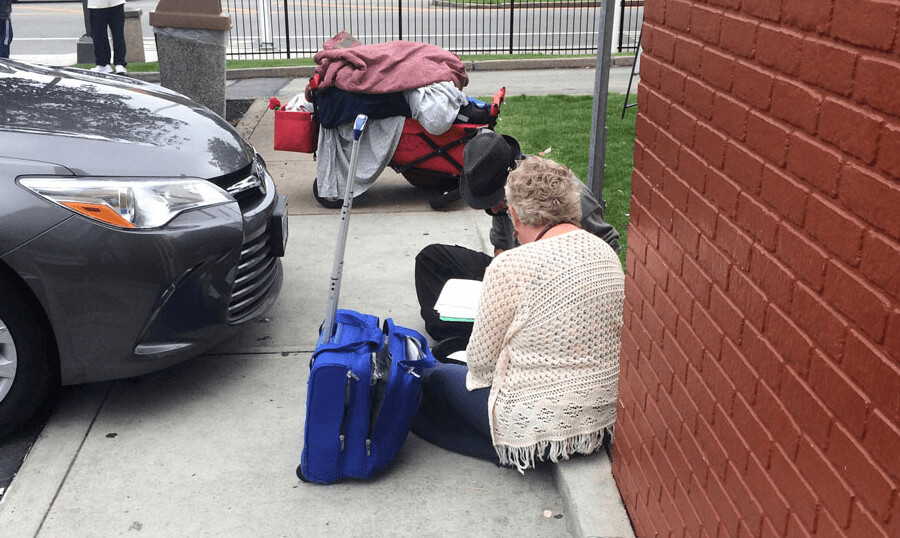